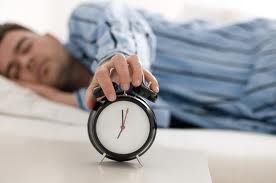 You’ll be surprised at all the other possible reasons!

Sheryl Crow spent a few minutes talking to Giuliana Rancic on the red carpet at the Grammy Awards yesterday, and rather than just asking her what she was wearing (or her favorite karaoke song, which, with most celebs, Giuliana went ahead and sang with them), Giuliana quizzed her on her workout habits.

Sheryl told her that she used to be a big runner, but now that she has a little one (her son, Wyatt, is not quite two years old), she just can’t find the time. Instead, she’s raving about the P90X workout system.

You might be familiar with P90X — we heard from That’s Fit readers late last year that this workout was fantastic. And, seriously, if it helps Sheryl Crow look that good, I just might have to give it a shot. An hour or so a day is totally worth it to have a body like that, right?

BODY BEAST workout is an extreme program, specifically developed to bulk up your body AND your confidence.

PACK ON THE MUSCLE WITH BODY BEAST.
BODY BEAST workout is one of the only all-encompassing body-building, nutrition and supplement systems on the market.
.
Gain 10 pounds of muscle in 90 days.